TikTok popularity has exploded over the last two years, transforming from a little-known (and infrequently downloaded) social media app revolving around quick videos to one of the most dominant social media platforms on the planet.

Three years ago absolutely no one knew what TikTok was outside of a handful of people in China. Today, nearly a billion users jump on TikTok every month to check out their favorite social media influencers and accounts – spending (literally) hours and hours on the platform every week.

If you aren’t laser focused on getting as many followers on TikTok right now as humanly possible the odds are pretty good you’re going to get left in the dust by your competition.

At the same time, it’s not like getting TikTok followers is easiest thing in the world to pull off – especially if you aren’t used to the fast-paced, ever evolving landscape of this platform.

But that’s why we have put together a quick list of the biggest mistakes you might be making right now that are crippling your ability to get TikTok followers effortlessly. 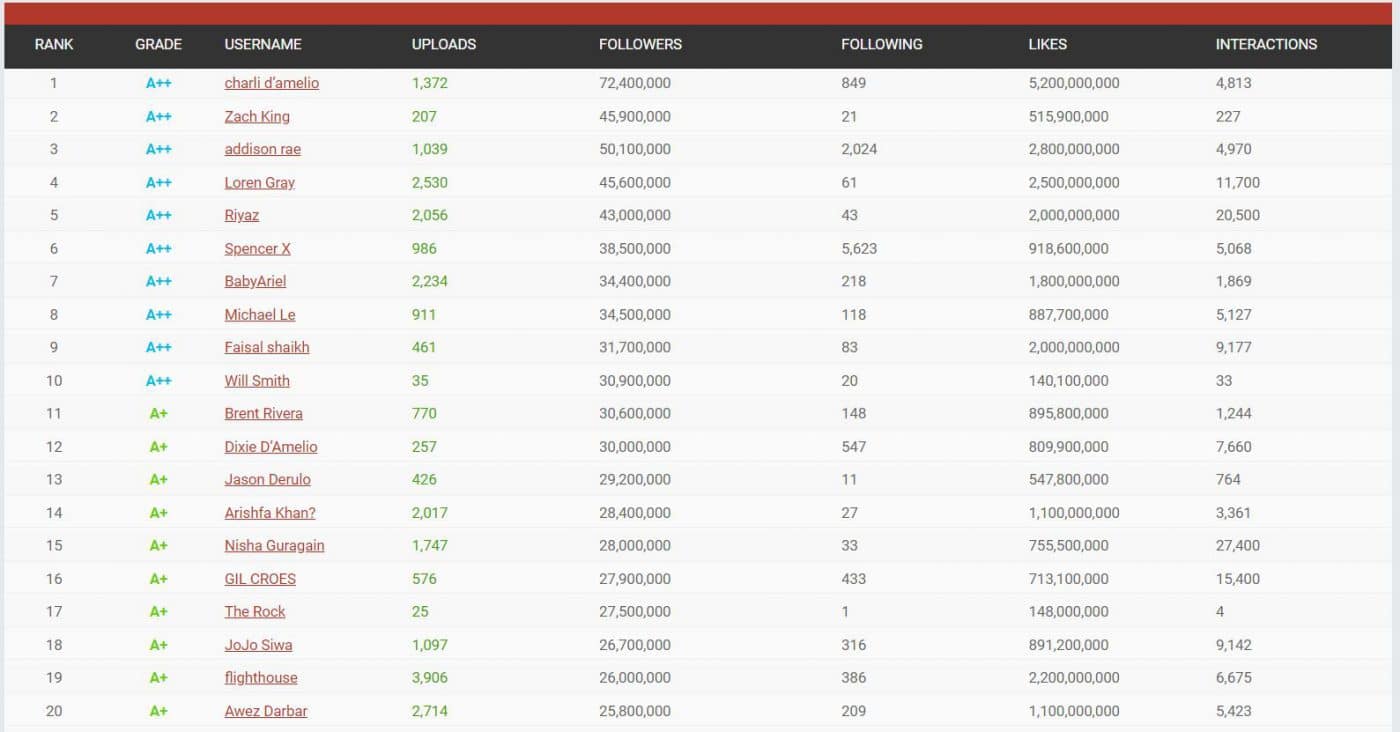 You’re Not Focusing on a Niche

One of the biggest mistakes you can make when it comes to getting a bigger TikTok following is trying to attract anyone and everyone on the platform, casting as wide a net as humanly possible in hopes that you will be able to get some of them to follow your activity.

That’s the fastest way to turn into one of the most irrelevant accounts on TikTok.

All of the superstars (the ones with hundreds of thousands, millions, and tens of millions of followers) on TikTok started off with a laserlike focus on a single niche, a single group, or a single audience and created tons of content that they would enjoy.

You can sort of “fuzzy the edges” of your profile after you build up a reputation, but if you don’t niche down straight out of the gate you’re going to find it almost impossible to get any organic TikTok followers at all.

You Haven’t Built an Effective Profile

Top-tier influencers and TikTok superstars abandoned that approach entirely and instead built a profile from the foundation up around what other people wanted, what their market was interested in, and sort of molded their persona to fit that perfectly.

You’ll want to do the exact same thing if you’re going to have any shot of success with TikTok.

Sure, you might be able to buy Tik Tok followers cheap and boost your follower count a little bit without this approach. But if you want organic traction you’re going to need to make sure that your profile is really dialed in.

Just by following other accounts (especially influential accounts) you’ll almost always get the account you are following to follow you back. This can help you organically grow your follower numbers in a hurry, and when you combine it with something like choosing to buy TikTok followers USA services provide – something we dig into a little bit in just a moment – you can take your follower count to new levels faster than you ever would have thought possible.

Spend an hour or two each day just following new accounts that have thousands or hundreds of thousands of followers and you’ll be amazed at how quickly your own following starts to grow – especially if you are putting out solid content, too.

You’re Not Using Hashtags the Way You Should

Hashtags are a game changing aspect of building a following on social media, but it’s especially important in the world of TikTok where hashtags define pretty much every major trend that happens on the platform.

You have to be at least a little bit crazy not to make use of hashtags since that’s one of the fastest ways to find your way around social media and a great tool for you to get new organic followers.

You’ll definitely want to consider making the decision to buy TikTok followers (as we recommend and a little bit) to get a jumpstart, but if you’re after organic followers you’re going to need to use popular hashtags to gain that traction in a hurry.

By all means find a way to buy Tik Tok followers cheap but use hashtags correctly – always using the most popular hashtags attached to relevant content – and you’ll find that your organic follower count starts to build and build away faster than you ever would have thought possible before.

Far too many people sleep on the power of effective hashtags. Never post even just a single piece of content on TikTok without making sure that you have a hashtag attached.

Don’t be willy-nilly with your hashtag selections, either, but instead have a look at the ones that are trending to find something relevant and popular that can give you a big bump.

TikTok absolutely demands that you are flooding it with as much high-quality content as humanly possible. It’s quite literally impossible for you to add content to your TikTok too frequently.

Not only are you going to be seen by your individual followers as a high frequency content provider with this kind of approach (keeping them hooked and more engaged while spending less time on competing TikTok channels) but you’re also going to get the internal TikTok algorithm to help support your content with regular updates, too.

On top of that, if your content updates get slow or stale the odds are pretty good that the fast-paced environment of TikTok is going to force your followers to leave you. There’s nothing worse than spending time, energy, and effort – not to mention money choosing to buy Tik Tok followers PayPal approved options – only to see all of those resources amount to nothing later down the line just because you couldn’t keep your content pipeline full.

In fact, it’s not a bad idea to record at least a handful of quick TikTok videos as frequently as possible (as often as every day) even if you don’t release them just as quickly. You can spread out your releases to guarantee that you always have something in the pipeline, but you’ll want to make sure that your TikTok content is always as fresh as can be.

You’re Not Leveraging Your Other Social Media Accounts Effectively

TikTok is certainly one of the most influential social media platforms out there right now, but it still doesn’t have the same kind of reach that platforms like Facebook or Instagram (or even Twitter) have right now.

There’s a good chance that the followers you have accumulated on one platform are going to be more than excited about following you on another. But if they don’t know that you are on TikTok, for example – especially if you are new to the platform – the odds are that they won’t search you out on their own.

By promoting your content across all of your social media accounts you’re able to generate a lot more heat and a lot more interest. This is the kind of free promotion you just don’t get when you choose to buy TikTok followers cheap, but it goes hand-in-hand with those types of approaches. 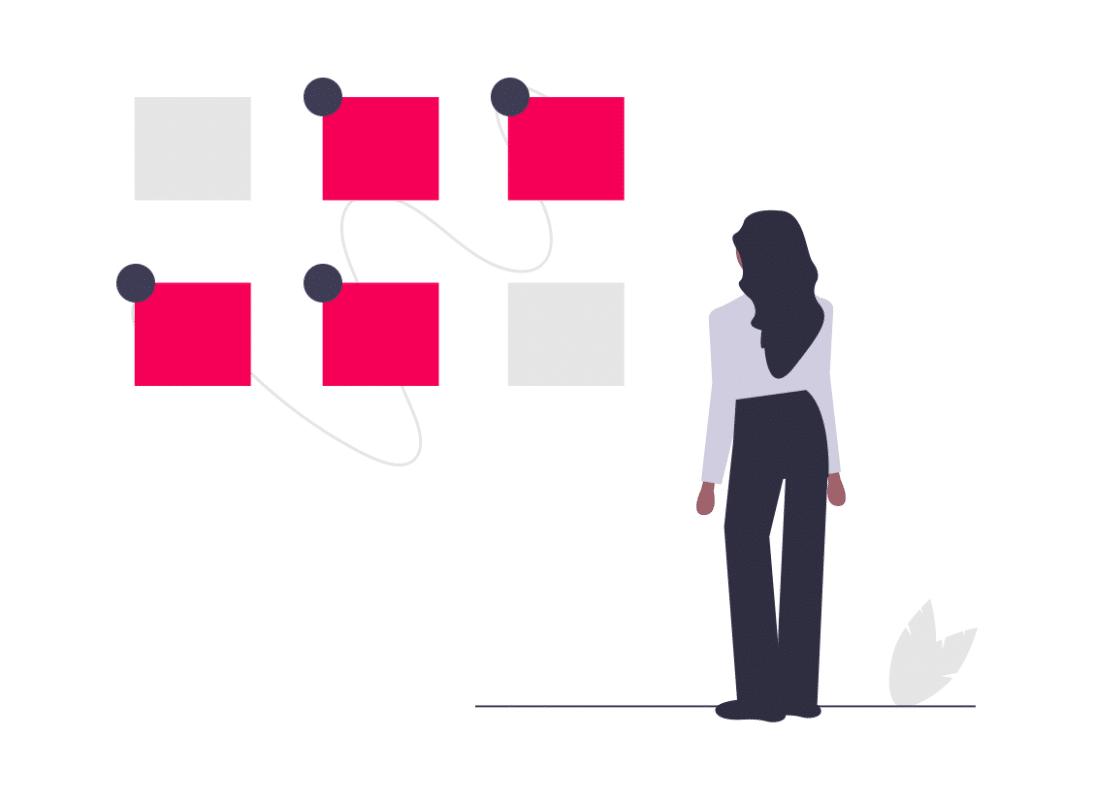 Worse than that, many of these less than ethical more fly-by-night kind of operations are going to leave you with followers that are cleaned out, removed, and deleted every time the folks at TikTok go on a hunt for phony followers.

With US-based service providers, though – like those with a rock solid reputation like at PopularityBazaar – you don’t have to worry about any of that headache or hassle.

Guaranteed to provide you with ALL of the followers you have purchased, the PopularityBazaar buy Tik Tok followers PayPal checkout process is super simplified and streamlined to help you hit the ground running.

You’ll be able to pick and choose the amount of followers that you have added to your account (ranging from a few hundred to a few thousand or more), zeroing in on a promotional package that fits your budget, your goals, and your needs right down to the ground.

Best of all, you’ll never have to worry about your account being put in jeopardy with this kind of investment. You’ll always be in the clear when you work with legitimate operators like these.

At the end of the day, success on TikTok becomes a whole lot easier when you focus on avoiding the mistakes we mentioned above.

As long as you set out with growth goals in mind and really think strategically about how you can improve your TikTok follower numbers you should be able to start adding hundreds or even thousands of followers a week sooner rather than later.

Of course, we wholeheartedly recommend that you take advantage of services that offer TikTok follower packages (cheap packages, at that) to sort of jumpstart and shortcut your progress.

Sure, you could try and figure this all out on your own – and cross your fingers hoping that people follow your account – or you could guarantee yourself legitimate followers that are added like clockwork, helping you unlock more organic followers later on.

The choice is yours.

If you are going to pay for follow or packages it’s a good idea to work with the best services around. We mentioned earlier you want to stick to US-based operations with a reputation for success in getting their clients all the followers they have ordered.

Find a company that knows how to “drip feed” you followers to fly under the radar at TikTok while boosting your celebrity and authority at the same time. These are the kinds of companies that will help keep your account safe while still providing the promotional services (and results) you expect.